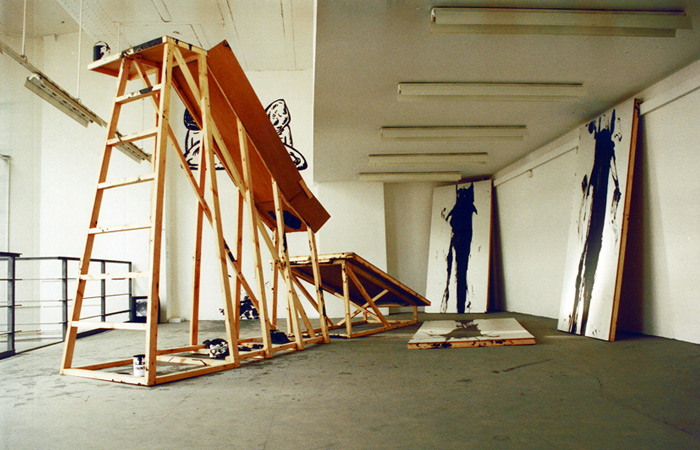 Slide painting is part of the action paintings series Human Paintbrush techniques
and is number three after Wall Riding and Obstruction Painting. The fourth Human Paintbrush technique titled Human Cannon Ball painting was scheduled to take place in Missouri in 2002 but when the documentary commissioned by UK’s Channel 4 was reduced in the 11th hour, the project was cancelled. The Dough Warrior painting techniques is somewhat a development of this series of action painting works merged with the sculptural experiments with dough.