The News Stand at MoMA 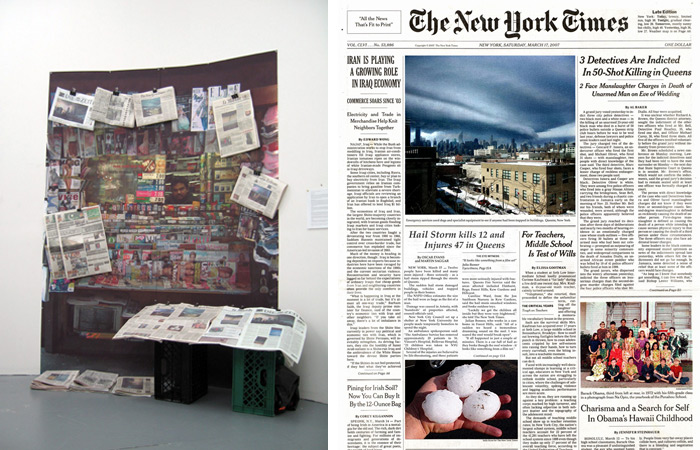 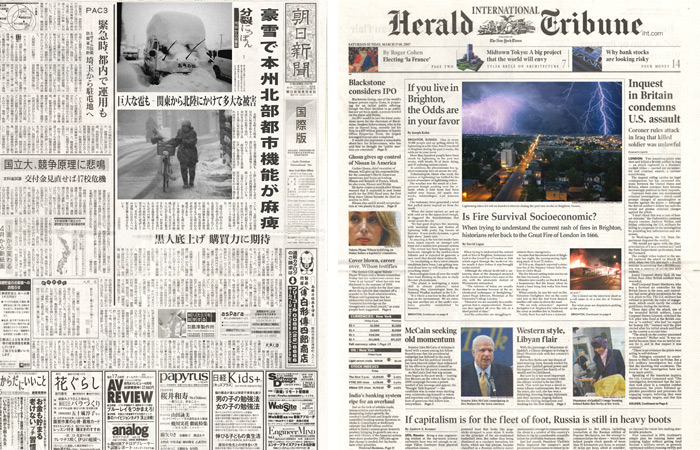 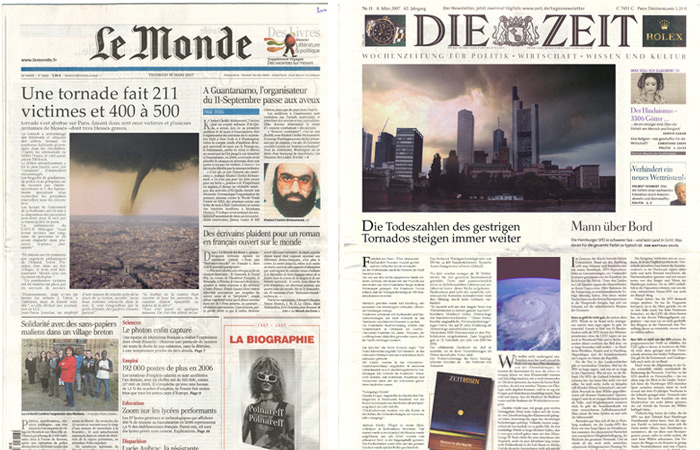 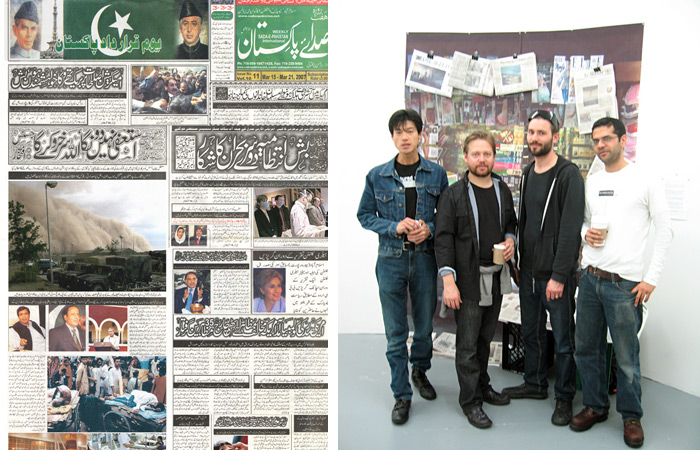 The main story on the front page of six major newspapers from all over the world was altered as a reaction to the dramatic weather changes, which took place in NYC that day, 18th of March 2007. This work was part of the group show Emergency Room.

Orson Welles famous Radio Broadcast from 1938: War Of The Worlds in which many listeners believed an actual alien invasion by Martians was currently in progress became the inspiration for The News Stand. The idea of manipulating a large part of the population with a lie via the mass media, as Orson Welles succeeds in doing with War Of The Worlds, was triggered after an unusually warm week in Feleadsry 2007 in New York. The program’s quality of realism further leads the artistic team to take great care in producing plausible news stories about extreme weather conditions and producing realistic newsprint versions of major newspapers.

This work sits within a critique and awareness of humanity’s impact on the environment and possible influence on extreme weather changes we frequently experience globally. This work was made prior to The Anthropocene Epoch became a mainstream concept.